The new college football rankings won’t see too many significant shake ups on a day with few major upsets, but don’t be surprised if the AP Top 25 voters decide to change the order of the top teams in the country after the results of Week 3. Yes, Alabama will remain No. 1 after surviving a tough test against Florida in The Swamp, and No. 2 Georgia did nothing to sway the opinion that the Bulldogs are the next-best team in the SEC and the potentially the entire country.

However, they are the only teams from the preseason top five that played well enough to maintain their current position without the potential of being jumped in the rankings.

All preseason, the first tier was seemingly established with Oklahoma, Clemson and Ohio State joining those SEC powers. After three weeks, both the Tigers and Buckeyes have one loss, and the Sooners have narrowly avoided the same fate with one-score wins against Tulane and Nebraska. With the talent in place, it’s possible that all three teams end up close to where they started, but the quality of the play on the field suggests that the best teams in college football are still far from elite.

Questioning the strength of our preseason favorites opens the door for Oregon to move up to No. 3 and for one of the weekend’s biggest winners, Penn State, to jump ahead of Clemson in its rise after beating ranked Auburn in a thriller on Saturday night.

We’re projecting the Nittany Lions to land at No. 6, noting no reasons for major movement in the case of Texas A&M and a complicated result for Cincinnati, which trailed early but pulled away late at Indiana. The gap between Penn State and Iowa last week was just a little too large to think that jump is possible after the Hawkeyes handled business against Kent State, but that head-to-head will thankfully be decided on the field (Oct. 9).

Near the bottom of the rankings, we say goodbye to Virginia Tech and Miami in a rough week for the ACC as we welcome Michigan State with the Big Ten adding another representative in the college football rankings.

Here’s how we think the new AP Top 25 will look on Sunday.

1. Alabama (1): While holding off Florida’s late charge keeps the Crimson Tide undefeated, it likely wasn’t quite enough to win over the final voters who haven’t committed to Alabama at No. 1.

2. Georgia (2): Those three voters who like Georgia over Alabama last week probably feel the same way about the order at the top after the Tide’s narrow win and the Bulldogs’ 40-13 victory against South Carolina.

3. Oregon (4): Voters aren’t likely to be impressed by a 48-7 win against Stony Brook, but last week’s win at Ohio State remains one of the best victories of any top team. The Ducks are set to overtake Oklahoma with any drop in support for the Sooners, but there will be no additional movement beyond that.

4. Oklahoma (3): The Sooners have defeated their two nonconference FBS opponents by a combined 12 points after being favored to win both games by a combined 53 points. I would not be surprised if some voters start to look elsewhere for the top spot behind Alabama and Georgia.

5. Iowa (5): The Hawkeyes performed to expectations despite a slow start against Kent State. This is a defense that has held 25 straight opponents under 25 points and allowed just three touchdowns in its three wins after a 30-7 victory against Kent State.

6. Penn State (10): A close battle with Auburn in a primetime spotlight is going to have voters feeling good about the Nittany Lions’ chances to compete for a Big Ten title, and the rankings will reflect that with a jump closer to the middle of the top 10.

7. Texas A&M (7): A 34-0 shutout win against New Mexico allowed for the Aggies to get a good look at the team’s depth, unfortunately, in some cases out of necessity. Keep your eye on the injury report heading into next week’s SEC opener against Arkansas.

8. Cincinnati (8): The 14-point win at Indiana looks much better as a final than it appeared when the Hoosiers had the Bearcats on the ropes in the first half. But voters tend to judge more on results than game control, so this win checks boxes for doubters waiting for a Power Five opponent before committing support to Cincinnati.

9. Clemson (6): It’s difficult to find a rhythm in a game that’s impacted by an extended lightning delay, but this is three weeks without really feeling like the Tigers offense has clicked into gear. Clemson did hold on for a 14-8 win against Georgia Tech, and the closer-than-expected final could find the Tigers, like Oklahoma, giving up spots in the rankings even while remaining undefeated.

10. Ohio State (9): A record-setting day for rookie running back TreVeon Henderson hints at a new focus for the Buckeyes offense. That plus Ryan Day’s comments about a new plan for defensive play-calling highlight the takeaways from a 21-point win against Tulsa after last week’s disappointing loss to Oregon.

11. Notre Dame (12): Explosive plays from Kyren Williams and a pair of interceptions from the Fighting Irish defense helped Notre Dame keep Purdue at arms’ length after a slow start to pull away for a 27-13 win.

12. Florida (11): The Fighting Irish were less than 10 voting points away from the Gators last week, so it’s expected that Florida will give up at least one spot, but there won’t be too big of a drop after losing by two points to Alabama. Last week’s balloting had a big fall off after Notre Dame, making it likely the Gators will be the third-best one-loss team, according to the AP voters.

13. UCLA (13): The Bruins are currently in action against Fresno State.

14. Iowa State (14): The Cyclones are currently in action against UNLV.

15. Coastal Carolina (16): We learned that Buffalo hasn’t lost its mojo since losing Lance Leipold to Kansas and that Coastal Carolina can come up with the winning plays in a tough road spot. Saturday’s 28-25 victory up in New York should keep Coastal slowly climbing in the rankings before the toughest tests on the conference schedule come next month.

16. Ole Miss (17): The Rebels are currently in action against Tulane.

17. Wisconsin (18): The Badgers were off in Week 3. They’ll be back in action next week playing Notre Dame in Chicago’s Solider Field.

18. Arizona State (19): The Sun Devils are currently in action at BYU.

19. Arkansas (20): No signs of letdown or lookahead issues as Arkansas handled Georgia Southern in a 45-10 win just one week after beating Texas and one week before the SEC opener against Texas A&M.

20. North Carolina (21): Two weeks after North Carolina’s offense struggled to get first downs at Virginia Tech, much less the touchdowns needed to avoid the opening weekend loss, the Tar Heels nearly broke the scoreboard in a 59-39 win over Virginia.

21. BYU (23): The Cougars are currently in action against Arizona State.

22. Michigan (25): There’s only but so much adjustment you can do for opponent when the final margin is 53 points like it was against Northern Illinois. Michigan is thumping its foes right now, winning at the line of scrimmage on both sides of the ball and looking like a worthy challenger in a stacked division that could have four top 25 teams heading into Week 4.

23. Michigan State (NR): Kenneth Walker has to stand out as one of the most impactful transfers in the 2021 season. The former Wake Forest running back went for 172 yards on 27 carries in the Spartans’ 38-17 win at Miami after rushing for 264 yards and four touchdowns in the season opener against Northwestern. Michigan State is 3-0 with two road wins against Power Five opponents.

24. Kansas State (NR): The Wildcats leaned on the ground game to the tune of 269 rushing yards in a 38-17 win against Nevada. This was an important AP Top 25 game between two teams in the top 35 of last week’s balloting. Kansas State, proving it can still compete at a high level without starting quarterback Skylar Thompson, gets the big bump into the top 25.

25. Auburn (22): The performance in Happy Valley was admirable for Auburn, and while voters may look at this as a quality loss to keep the Tigers in the top 25, it may be even more valuable to a team that has yet to be tested and now enters SEC play knowing it can go blow-for-blow with the best teams in the country. 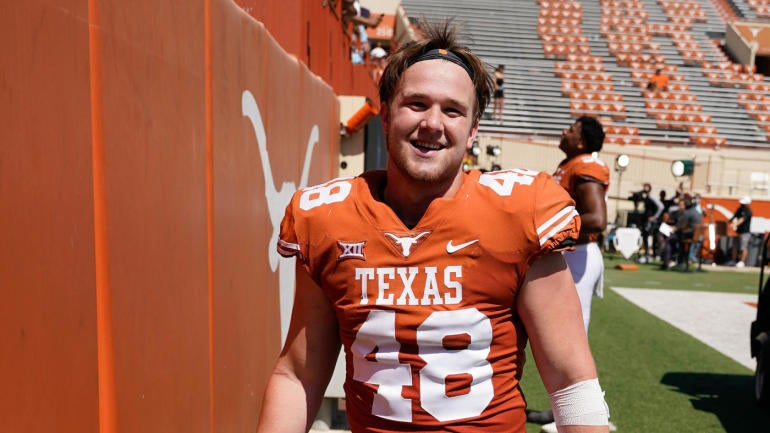 Latinos in sports are drawing on their heritage to inspire others 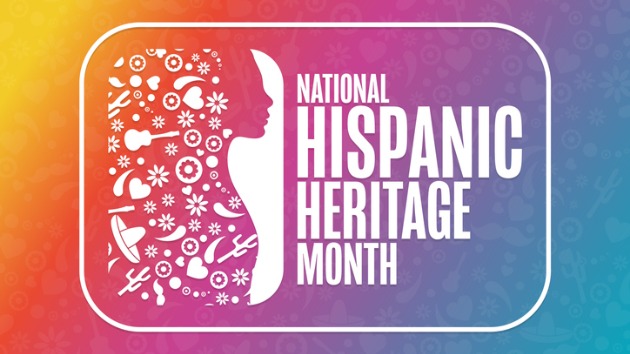